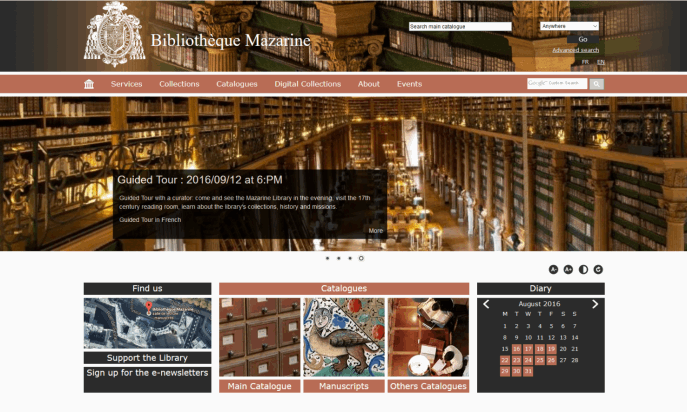 The Mazarine Library originated in the private collections of Cardinal Mazarin (1602-1661), Richelieu's successor and prime minister during Louis XIV's minority between 1643 and 1661. The library in Mazarin's mansion (which later became the historic site of the Bibliothèque nationale de France) was opened to scholars in 1643, making the Mazarine France's oldest public library.

This Multilanguage and responsive website is not only a presentation of the library itself but it is also a showcase of many live events, documents, research topics, publications etc that are automatically updated from the inner information system of the library.

This job couldn't have been achieved wihout the Joomla / SEBLOD couple.
×