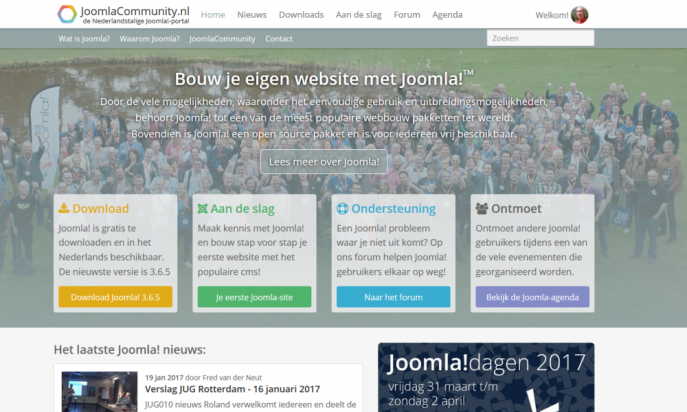 The site (in Dutch) is to promote Joomla in the Netherlands and (Flemish) Belgian. Beside a forum we announce all the Dutch Joomla events like JUGs (about 10 each month), Joomladay Netherlands and other like "New year drink" and an "active members BBQ".
We bring Joomla news: New Joomla releases, translations of articles on Joomla.org, reports about JUGs.
This release we introduced a Step By Step intro into Joomla. In 23 steps we show new Joomla Users how to build a site.
This site was built for and by the Dutch Joomla community, all volunteers.
The main extensions we used are:
ACLManager User permissions
Admintools Security
EasyDiscuss Forum
RSEvents!Pro Events
RSForm! Pro Forms
RSComments! Comments
DOCman Donloads

In the past year more than 20 people helped to bring this website alive. Biggest problem was that everybody has another timescale in being able to help.
A complete list with extensions and people is available at: https://www.joomlacommunity.nl/met-dank-aan
×