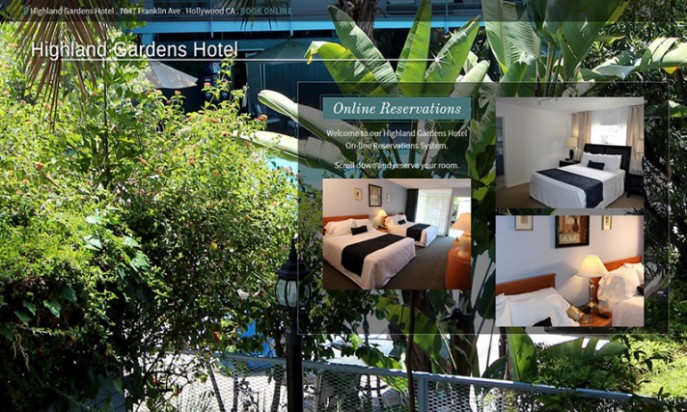 Recent film shoots include hit shows as 90210, Unusual Suspects and HGTV's Design Star (seen below), films such as Greenberg with Ben Stiller, and photo shoots with such people as Jennifer Lawrence and Italian Vogue.
Highland Gardens Hotel is nestled in the Hollywood hills just above Hollywood Blvd. Hotel booking system has been used from Solidres is used for hotel reservations.
×