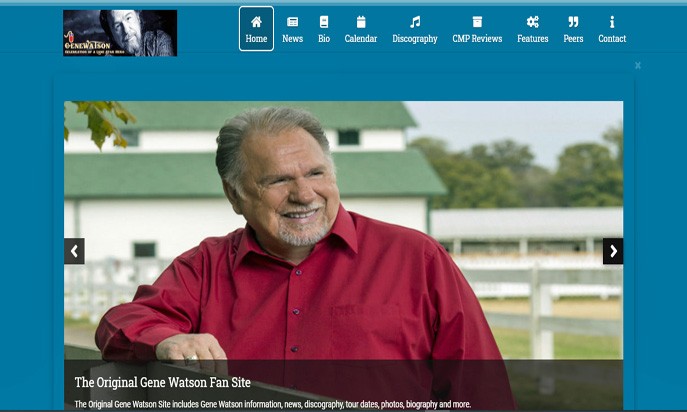 The Original Gene Watson Fan Site contains everything you need to know (well, almost everything!) about Gene Watson and his current happenings.

I used the core elements of the Joomla! platform to design The Original Gene Watson Fan Site, which I enjoyed working with.

One of the major difficulties I experienced was getting to grasp the fact that menus control which elements appear on a page, but once I got used to how things worked, everything became straight forward.
×